Tommy Falcon’s Hoverboard Sim 2015 is a third person extreme sports game where the player must cause mayhem and destruction in the environment to power up their hoverboard and complete tasks.

In order to facilitate the three gameplay pillars of: speed, the verge of control, and ridiculousness; Tommy Falcon will allow for a player to quickly traverse nearly any space by plowing through most obstacles using a weaponized hoverboard that can travel over any surface.

The gameplay in Tommy Falcon’s Hoverboard Sim was designed to focus of three major pillars: speed, verge of control, and ridiculousness. The player rides around the environment and can activate blades on their hoverboard, these blades can destroy many objects in the environment and destroying things awards the player with boost. The player can boost to move faster but if they boost for too long the hoverboard overheats and explodes. Speed is very important in this game we spent a lot of time tweaking the boost to give the player a great sense of speed. Speed is used to create meaningful choices for the player, when the player activates their blades they start to lose speed. The player must decide if they want to lose some speed and gain some boost or avoid obstacles entirely and maintain their speed. The verge of control pillar is important to gameplay because when riding a skateboard in real life the faster you go the harder it is to control. We wanted to give the players that feeling of riding a board at super fast speeds and always feeling like you are about to lose control. The pillar of ridiculousness had the biggest influence on the game design, we decided that if something is worth doing is worth overdoing. This influenced design choices such as how the player gains boost (by destroying objects and spending time in the air) and how objects react when the player hits them.

When this project started I began creating the systems, the game went through a lot of gameplay changes from my original concept. One of the biggest changes was I wanted to have a mechanic where the player had to change the mode of the hoverboard based on what terrain they were riding on. This mechanic was eventually cut from the game because it did not support the pillar of speed, however I really liked the mechanic and fought for a long time to keep it in the game. This was a great learning experience for me because I learned that even if you really like a mechanic sometimes it does not fit into the gameplay experience you are creating.  The team and I talked for a while about including tricks in the final build but we eventually decided that tricks were out of scope for this project.

About halfway through the project my team got several new members and I was able to switch focus from systems design to level design. I wanted to create levels that emphasized the pillars of gameplay and also had unique gameplay. The starting area acted as a hub, this area gave the players a chance to learn the controls and get used to the mechanics. 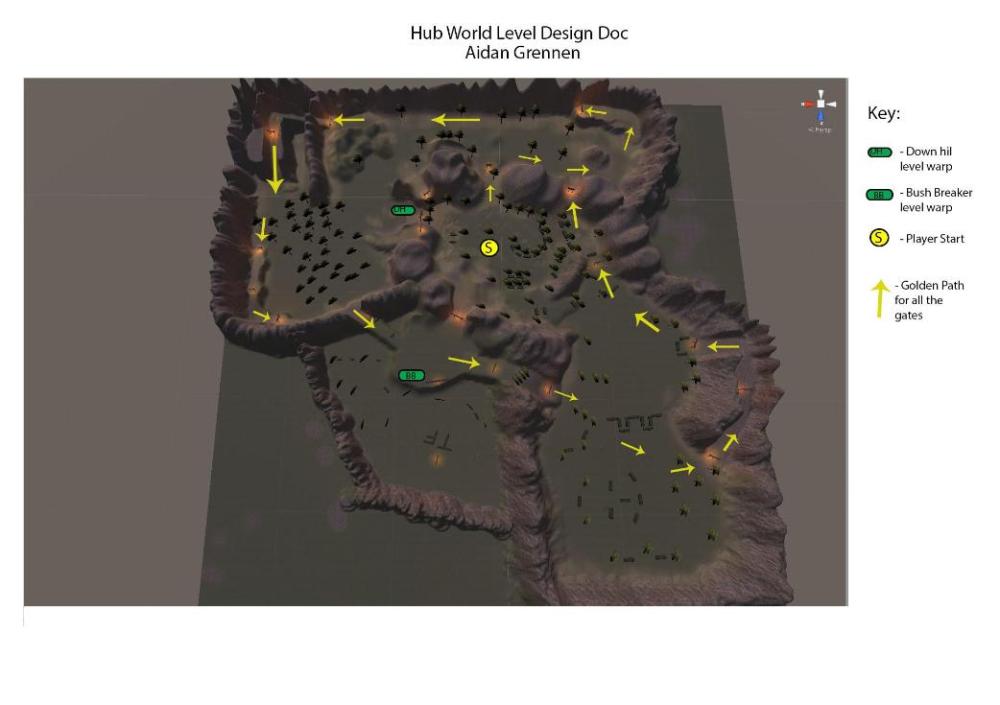 The objective in this map is to ride through all of the gates that are scattered around the map and destroy a certain amount of objects. I set up the gates to lead the player around the level, the gates also pass by the warps zones that take the player to the other levels. This area is very easy the player can’t lose unless they boost too long and overheat. There are lots of jumps in this area to help the player get used to jumping and being in the air and I also added lots of destructible bushes and trees to teach the player that they should be constantly breaking things.

I wanted to use the branching paths as a way to give players more or less of a challenge. I wanted to use ski symbols to show the players which paths were harder. After building this level and bringing it to testing I learned that players almost always ignored the harder paths and took the easy one. I also got a lot of feedback that running from lava through a city did not make much sense so I decided to go back to the drawing board and redesign the level. The final level that we used in the game was much more linear, I created a small mountain town where the player was chased by the police. I used a Unity plug-in to edit the terrain and I went with a much more rural theme.

I decided to have the level end with a huge jump that the police chasing the player could not make. All the parked cars, fences, and mailboxes are destructible and we gave the parked cars really exaggerated physics so when the player hits them the cars go flying! This level was super fun to make and I learned that sometimes branching paths don’t fit in a level, especially when the player has to make quick choices they usually pick what is easiest.

The team and I spent a lot of time QA testing this game, we went through a ton of different control set ups before settling on our final control layout. We also had a lot of testers tell us our camera was too close to the player and this made players feel that they were not moving very fast. 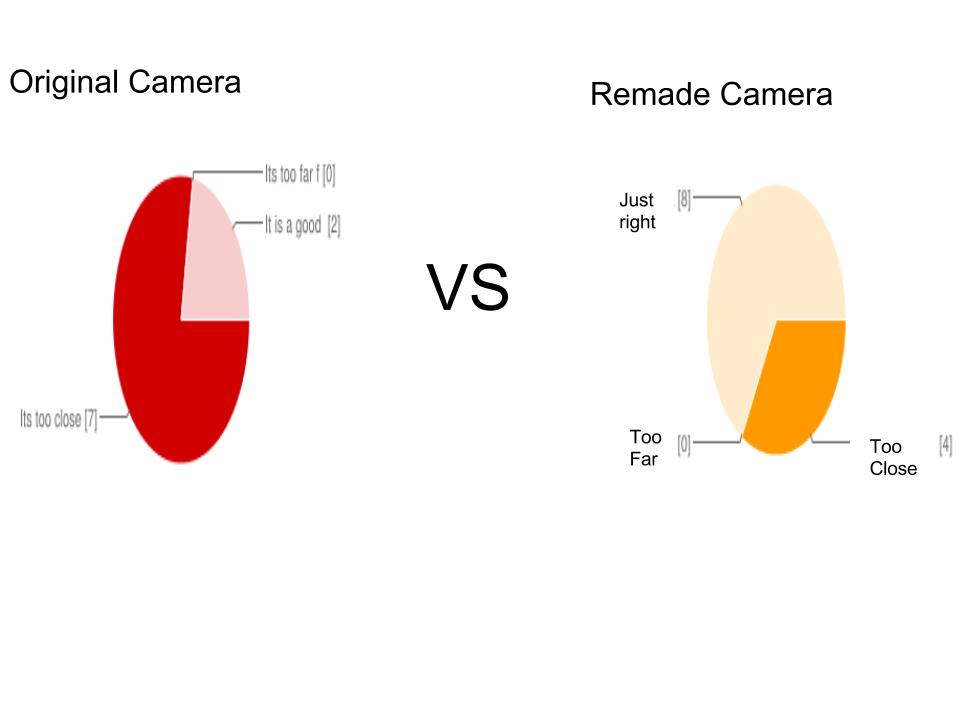 We ran a lot of A/B testing for this game which was very helpful to the team, however sometimes we ended up testing more then two variations at once. We tested four different control schemes the same night and we did not get very useful information from the testers because we threw too many things at them. This was a good learning experience for me, I learned that A/B testing is good but if you have too many variations the testers will get overwhelmed and the information will not be very good.

This game had one of the biggest teams I have every worked on, it would not have been possible to create this game without contributions from everyone. The character model for Tommy Falcon was created by our artist Kody Corbosiero and we got tons of positive feedback about it, some people thought we had bought it from the asset store instead of creating it. The programming team had a lot of tough things to figure out and they exceeded my expectations.

This project taught me a lot about systems design and working on a larger team. This game was a concept that I wanted to make for a while and I had to learn to step back and let other people make changes to my baby. I also learned that sometimes a game mechanic does not fit into a game, and even though I really liked the mechanic I learned that sometimes you need to cut something you really like from a game. The team and I wrote a collective Postmortem that is available below.